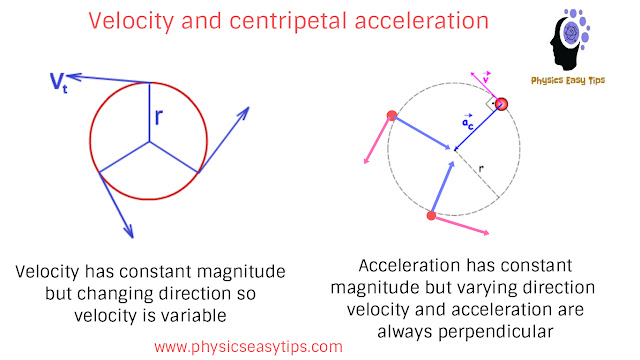 whenever a particle rotate on circular path its velocity always changes why ? because its direction of motion changes hence it is clear that velocity will be always variable whether the magnitude of velocity is constant but velocity will be variable due to change in direction hence you know when velocity is variable the acceleration must be there hence centripetal acceleration comes in picture due to change in direction of velocity very important point since centripetal acceleration is a vector quantity hence its direction is always towards the center of circle along the radius as shown in above figure where its value is a?  = v²/r where v is speed and r is radius now from previous post we have study v = r? for circular motion only see the first post where we can’t write v = r? so put value of in above equation we can also get a? = r²?²/r = r?² so we can also write  a?  =r?²  where  ? is angular velocity now i hope you have got how centripetal acceleration comes in picture now its formula derivation we discuss in next post don’t worry.
Tangential acceleration(a?) 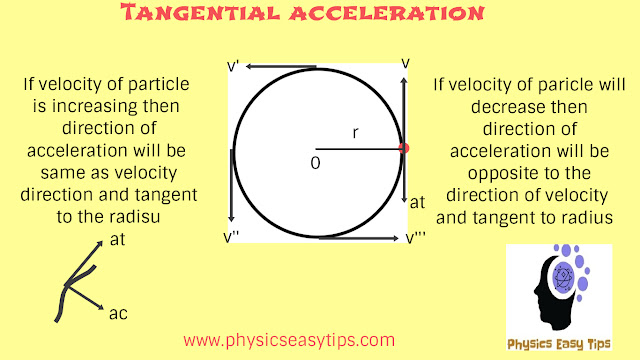